Sri Lankan waters are very rich in cetacean species with twenty seven species being recorded to date. One hundred and five river systems contribute a steady nutrient flow to the ocean. This together with upwelling at the edge of the continental shelf create ideal conditions to support a food chain all year round in the warm tropical waters. However, to see marine mammals, location and time is all important. With Trincomalee out of bounds, I had been simply taking pot shots in the dark. Charles with his experience carefully worked out when and where to see them. He realised that they were unlikely to migrate passing the north of Sri Lanka because the Palk Strait was not deep enough. The Admiralty charts showed that near Dondra Head would be the ideal location in which to search for them’.  Read full article. 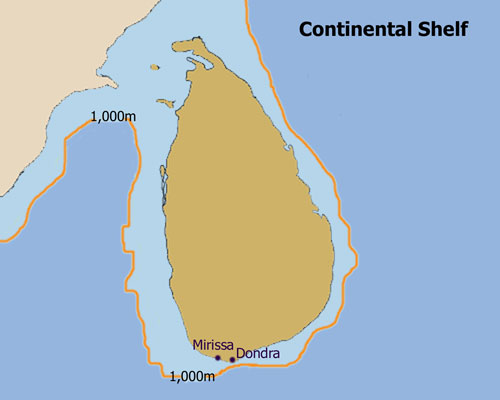 However, my collection of books and papers on marine mammals grew steadily. Over the next few years we discussed whale watching on and off when we met at the British Birdwatching Fair. Charles was developing a theory that there was a migration of whales between the Bay of Bengal and the Arabian Sea which took them near the shores of Sri Lanka. He believed that the whales, especially Blue Whales and Sperm Whales, will be travelling past the south coast in January from the Arabian Sea to the Bay of Bengal. In April, they would pass the south coast on the return journey travelling west to the Arabian Sea passing Sri Lanka and the Maldives. He had first suggested this theory in a paper published in 1999 which reviewed strandings in the Maldives. Having reviewed his records up to mid 2002, a total of over two thousand sightings, he refined his hypothesis further in a paper published in 2005 in the ‘Journal of Cetacean Research and Management”. Read full article. 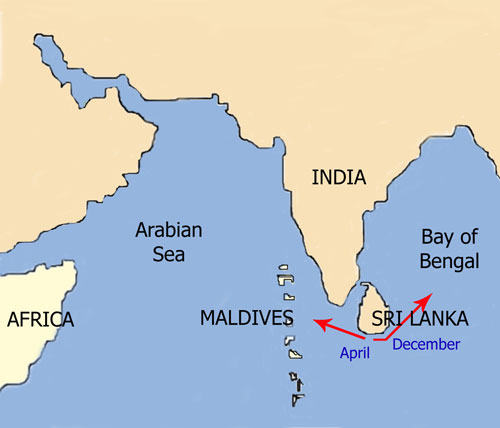