Sri Lanka has over the centuries been described as a tropical paradise. This is not surprising as it is a destination that has everything: sun, sea, sandy beaches, cool mountains, ancient stupas and lakes, forests teeming with wildlife, precious stones, magnificent archaeological sites and above all friendly people. Combine this with well educated, English conversant people, and a good tourist infrastructure, and it is not hard to see why it continues to enjoy being a popular tropical island destination. The beach fringed coastline gives way to a wet and rugged mountainous interior. Snorkeling in the morning can be followed by hill-walking by nightfall in this compact island. Physically, Sri Lanka is a tear-drop shaped island in the Indian Ocean separated from the Indian peninsula by the Gulf of Mannar and the Palk Strait, the width of the narrowest stretch of water being 32 km. It is 432 km from North to South and 224 km from East to West. It is about twice the size of Belgium or a third larger than Switzerland. It enjoys fine sandy beaches almost all around the island, while the strip from the west coast to the south with its sandy bays and delightful coves is developed heavily for beach based tourism. 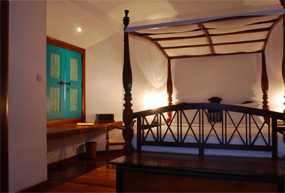 The beach resorts in Negombo, to the north of Colombo, and at Bentota and Beruwela, to the south, are magnets for beach lovers and water-sports enthusiasts. Further south in Unawatuna and Hikkaduwa are fine beaches with good prospects for snorkeling and diving. Swimmers share the ocean with turtles. Heading further south on the coast are the Dutch fortress towns of Galle and Matara. Continuing south, the sanctuaries of Kalametiya and the national parks of Bundala and Ruhuna (Yala) are reached. Here, the jungle belongs to elephants, leopards and dozens of other large animals that can be seen on safari.

Tissamaharama, previously the center of an ancient kingdom, is now a thriving safari center. As with elsewhere in the country, wildlife and culture are inseparable. Tissamaharama has a number of ancient wewas or lakes around it that are still in use. Deeper in these harsh dry zone scrub jungles are hermitages where the way of life is little changed from what it was two millennia ago. The exciting mix of wildlife and culture, created when cultural outposts hold back the jungle tide, is nowhere more evident than in the ancient capitals of the north central plains. Culturally, the ancient kingdoms of Anuradhapura and Polonnaruwa rival those of other ancient cultures such as the Egyptians, Mayas and Incas. But in the latter, ancient religions have been extinguished with the passage of time. In contrast, many of Sri Lanka’s ancient temples, dating to pre-Christian periods, are still flourishing in a Buddhist and Hindu culture that is still vibrantly alive. In the travel trade, the island is referred to as Buddha’s Island, in reflection of its long association with Buddhism and the impact the religion has on the physical landscape as well as the social and political fabric of its society. The legacy of ancient cultures is much in evidence in the hundreds of ancient man made lakes that dot the country, especially so in the dry lowlands. Some of these have been in continuous use for over two thousand years. A historical legacy survives many examples of an early appreciation of aesthetics. 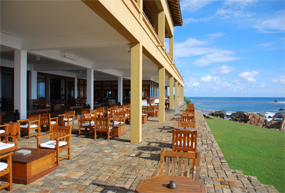 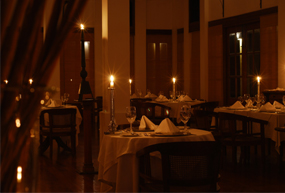 From the sublime rock cut sculptures at the Gal Vihara in Polonnaruwa to the sheer hedonistic delight of the fratricidal King Kasyappa who sought to reconstruct heaven on an isolated rock monolith at Sigiriya, early Sri Lanka has many examples of having been an artistic society. The gardens and palace at Sigiriya are an early example of the organic movement of architecture, sympathetic to the in situ landscape. Today, very little survives intact, and what does survive includes the famous frescoes of beautiful maidens who provoke much debate. Anuradhapura and Polonnaruwa form the two apices of a cultural triangle.

The third, to the south of them is the hill capital of Kandy. This became the seat of the Sinhalese kings after successive invasions and internal dissent led to the abandoning of the magnificent capitals in the north central plains. The route south to Kandy from the north central plains runs past the cave temple complex of Dambulla and the Aluvihara in Matale. Unlike the kings, the monks never deserted their monasteries and continued to uphold the monastic traditions, unbroken over a stretch of several centuries. Dambulla is breathtaking. Cave after cave has its walls covered with ancient paintings and a bewildering array of religious statuary has been constructed by generations of royalty and lay donors.