Thanks to Noah for hosting this post, the first of a few on the trip my husband Tom and I took to Sri Lanka from August 24-September 7, 2014. I’m a fairly new birder who has never taken a Serious Birding Trip before, and Tom might not call himself a hardcore birder, but he’s a biologist and a keen naturalist. 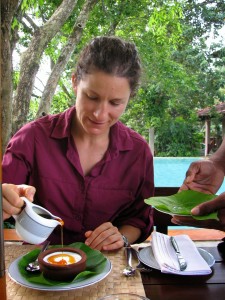