The highest concentration of Asian Elephants occur during ‘The Gathering’ a seasonal event which takes place at Minneriya National Park during August and September. The Gathering of Elephants at Minneriya was recently ranked sixth amonst the world’s greatest wildlife spectacles by Lonely Planet.

In other national parks such as Yala and Wasgamuwa, elephant watching is good throughout the year. In Uda Walawe National Park, elephants sightings are virtually guaranteed, a promise which no other park in Asia can make. 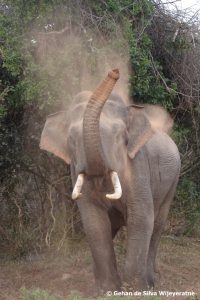